I've always said, "if I didn't have bad luck, I wouldn't have any." When I was 18, I was told I couldn't have kids. I didn't take this news well; desperately trying to prove the doctors wrong. I did not. A few years and a few miscarriages later, I learned to accept that I would never be a human parent. And I want you to know that I am genuinely, completely okay with this.
Part of this acceptance was acknowledging that my genes aren't great. I have severe asthma and allergies and wouldn't be alive today without medication. Combine that with the things that run in my family - depression, narcissism, thyroid, obesity, and intestinal issues to name a few, and I convinced myself that I'd be happy not to share that with a future generation. I convinced myself that my 9 cats would be enough, that I loved them as much as I would a human child.
And it worked. I no longer want human children, and my feline children are treated like my kids - not pets. We chat, they have rules, they push boundaries, they ignore me when I talk, and then they have times when they're the sweetest, most loving things on the planet. They remind me of toddlers - you have no idea what they're trying to say to you as they have their own language, but as their parent, you can *mostly* decipher their odd babbling, grunts, and gibberish.
Then Gunther got sick. We took him to the kitty ER because he stopped eating and drinking and we couldn't figure out why. About a month of meds, different treatments, tests, and vet appointments and his doctor told me that we could do one last specialized test to see if he had liver cancer. "I'm hoping that it's liver cancer," she said to me, knowing that with my background in healthcare I would completely understand the severity of his condition.
It wasn't cancer. He had Feline Infectious Peritonitis. It's such a rare disease that there's almost zero information on it. The doctors don't know how or why they get it, there's no way to know if your kitty kid will ever develop it, there's no vaccine, there's no treatment, and there's no cure. Four years ago, I held my 8-year old child in my arms as he took his last breath. My heart literally felt like it had been shreaded in my chest. It was a pain I didn't know was possible to feel. And I knew I was going to have to go through this 8 more times. We blamed ourselves; if we hadn't gone on vacation, if we hadn't stressed him out, if we - the list is endless. I truly understood how parents could either rip each other apart or create a deeper bond with the loss of their kid.
Needless to say, I went on paranoia overload. No way was I going to lose another kitty kid to some stupid disease. Everyone got vaccinated with every vaccine my vet had. Three months later, Onyx developed Rabies Carcinoma. "It's a one in a million chance that this can happen," my vet explained. "There's something with the genetic code of some rare cats that after receiving the rabies shot, they get cancer."
"Of course it would be us," I laughed, hiding the pain and shoving my tears down. Not again. "What do we do?"
Rabies Carcinoma, like Feline Infectious Peritonitis, is an extremely rare disease that is diagnosed by ruling out everything else it possibly could be. The only difference is that it isn't fatal - at least as long as it isn't punctured. Onyx could easily live a very long, happy kitty life as long as we don't puncture the growth on his hip. He's lived with his cancer for four years now and doing just fine. He has episodes where he needs to take steroids to help him eat, but it isn't often, and he's always grateful to be taken care of.
I've returned to being a more mellow parent. Then Psydon had an asthma attack. It scared the crap out of us both, because we weren't sure what was happening. We googled, I kept telling my husband that it looked like an asthma attack. Making sure albuterol was safe for kitties, I administered a breathing treatment to him with my nebulizer. It worked. The next day, our vet confirmed what I already knew - Psydon had asthma and has to be medicated. He has one medicine for if he has an attack, and another if he has consistent attacks and needs to have steroidal help. Frost started experiencing the same symptoms a year later.
Orion had a massive asthma attack last night that didn't present at all like the other two. We had no idea what was happening to him but it looked like he was choking, had something lodged, and couldn't dislodge it. ER vet confirmed he had asthma. "While not common, it's easily treatable with medication," he started explaining.
"We know. We have two at home with asthma, but they've never reacted like this"
"It probably presented differently because it was a severe attack," he explained.
We sat on the bench, waiting for Orion to be released when I started chuckling. "I didn't want to have kids for this very reason," I explained to my husband. "I know my genes. I didn't want to share them with another. Of course we'd have kitty kids that have issues."
He smiled at me, "yah, we seem to be lucky that way."

It got me to thinking this morning, that life finds a way. I can't procreate so I have cats. Surprisingly enough, they have the same health issues I'd have passed off to offspring, so I get to experience that anyway. Life always seems to find a way to give you everything you don't want.
Posted by Jean Booth at 11:01 AM No comments: 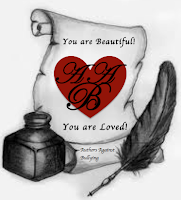